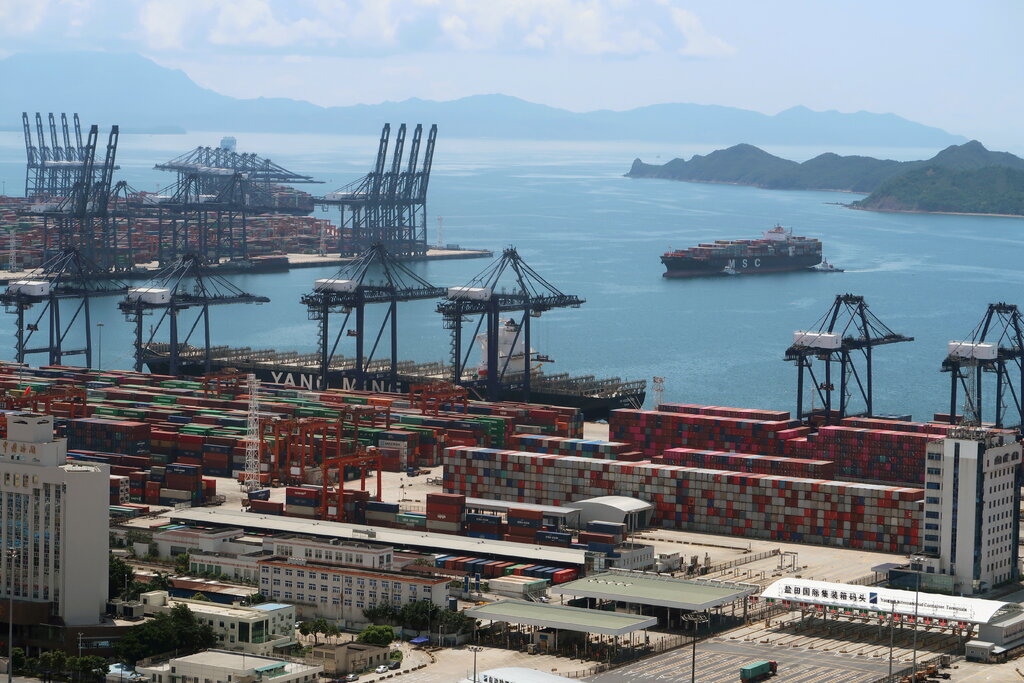 The Yantian port in Shenzhen, China, last year. Efforts to control a coronavirus outbreak have caused big delays for vessels seeking to pick up goods for North America, Europe and elsewhere.Credit…

SHANGHAI — Dozens of huge container ships have been forced to drop anchor and wait. Freight rates have surged. Stores in the United States and Europe find themselves with understocked shelves, higher prices or both.

The blockage of the Suez Canal in March? No, there is another disruption in global shipping. This time, the problem lies in Shenzhen, a metropolis adjacent to Hong Kong in southeastern China.

Global shipping has been disrupted by the pandemic for months, as Western demand for goods made in Asia has outstripped the ability of exporters to get their containers onto outbound vessels. But the latest problem in Shenzhen, the world’s third-largest container port after Shanghai and Singapore, is making the difficulties even worse.

The shipping delays are related to the Chinese government’s stringent response to a recent outbreak of the virus. Shenzhen, with a population of more than 12 million, has had fewer than two dozen locally transmitted coronavirus cases; city health officials have linked them to the Alpha variant, which was first identified in Britain.

Shenzhen has responded by ordering five rounds of coronavirus testing of all 230,000 people who live anywhere near the Yantian container port, where the first case was detected on May 21. All further contact between port employees and sailors has been banned. The city has required port employees to live in 216 hastily erected, prefabricated buildings at the docks instead of going home to their families every day.

The port’s capacity to handle containers plummeted early this month. It was still running at 30 percent below capacity last week, the port announced, and state-controlled media said on Monday that full recovery might require the rest of June.

“A few weeks into a very substantial port congestion in Yantian caused by a Covid-19 outbreak, supply chain disruptions continue to be very present in global trade,” Maersk, the world’s largest container shipping line, said in a statement on Thursday.

Long lines of container ships awaiting cargo bound for North America, Europe and elsewhere have had to anchor off Shenzhen and Hong Kong as captains now wait as long as 16 days to dock at Yantian. Small vessels mounted with their own cranes have been ferrying many containers straight from riverfront factory docks in the Pearl River Delta to container ships near Hong Kong, as exporters try to bypass delays at Yantian.

“It looks like rush hour — there’s a lot of ships waiting,” said Tim Huxley, the chairman of Mandarin Shipping, a container shipping line based in Hong Kong. He predicted that sorting out all of the shipping delays at Yantian and elsewhere could take the rest of this year.

The Suez Canal was blocked for almost a week by the Ever Given container ship in March, while Yantian coincidentally halted all loading of export containers for six days early this month. But Yantian’s problems have now dragged on much longer. Simon Heaney, the senior manager for container shipping research at Drewry Maritime Research in London, said the global transportation disruption caused by the Yantian port problems was similar to the Suez Canal blockage, although differences between the two incidents make any statistical comparison difficult.

The average cost of shipping a 40-foot container from East Asia to Europe or North America has roughly quadrupled in the past year. Rates have soared this month with the Yantian difficulties.