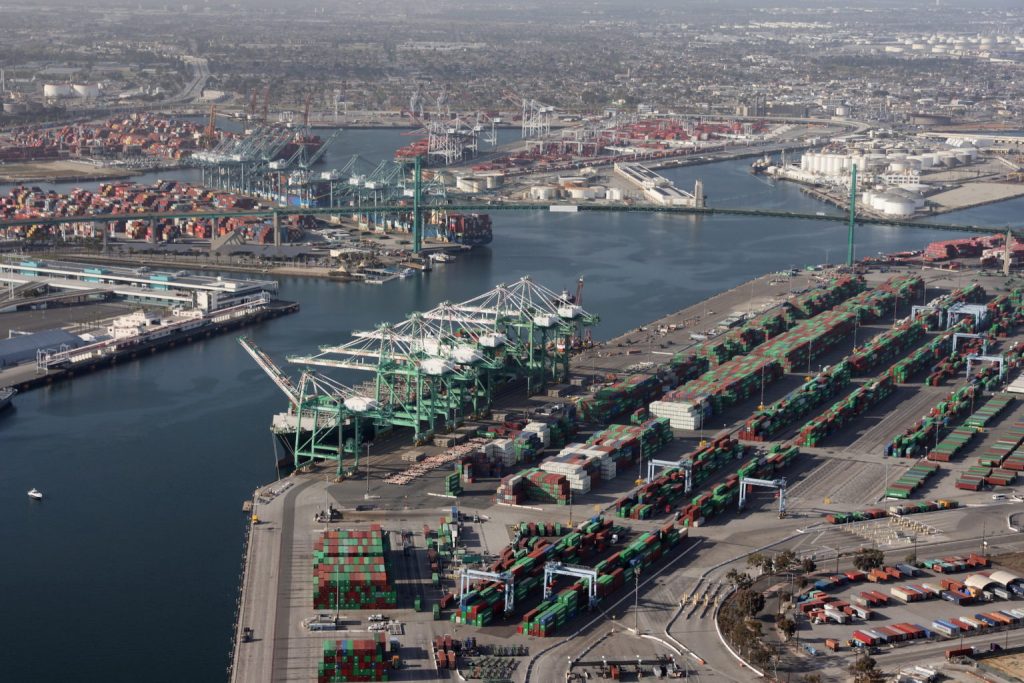 Shipping containers are unloaded from ships at a container terminal at the Port of Long Beach-Port of Los Angeles complex, amid the coronavirus disease (COVID-19) pandemic, in Los Angeles, California, U.S., April 7, 2021. REUTERS/Lucy Nicholson.

Strong consumer demand is continuing to drive double-digit growth of imports at the nation’s top container ports now a year since the economic recovery began.

National Retail Federation said top U.S. ports for containerized retail cargo handled 2.33 million TEU in May, the latest month final numbers are available. That was up 8.6 percent from April and up 52.2 percent from a year earlier, and set a new record for the most containers imported during a single month since NRF began tracking imports in 2002. May’s numbers topped the previous record of 2.27 million TEU set in March.

“The year-over-year growth we saw this spring was off the charts because the comparisons were against a time when most stores were shut down due to the pandemic,” NRF Vice President for Supply Chain and Customs Policy Jonathan Gold said. “But we’re continuing to see strong growth even as we enter a point when stores had begun to reopen last year. That’s a sign of the tremendous demand from consumers.”

“The challenge for retailers and supply chains is keeping shelves stocked as port congestion and other supply chain disruptions continue to impact the industry and the economy more broadly,” Gold added.

The NRF’s Global Port Tracker, which is produced by Hackett Associates, covers the ports of Los Angeles/Long Beach, Oakland, Seattle and Tacoma on the West Coast; New York/New Jersey, Port of Virginia, Charleston, Savannah, Port Everglades, Miami and Jacksonville on the East Coast, and Houston on the Gulf Coast.

“Operational constraints brought about by the COVID-19 pandemic combined with the surge in consumer demand have severely strained the logistics supply chain,” Hackett Associates Founder Ben Hackett. “The level of growth in the last year has put unprecedented pressure on importers, carriers and domestic transportation providers alike.”